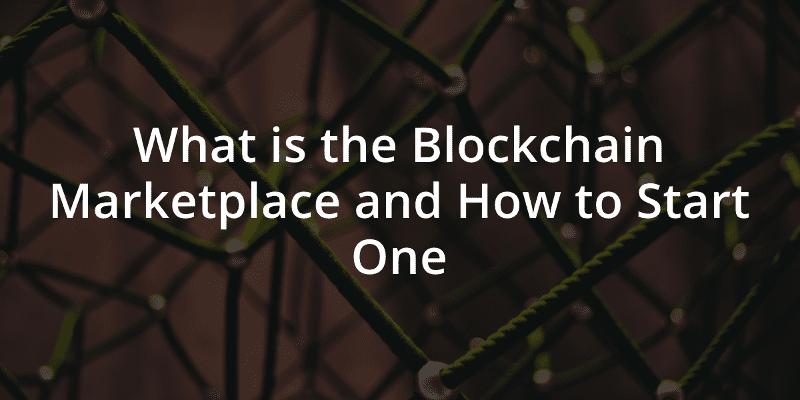 According to Alibaba founder Jack Ma, “Blockchain technology could change our world more than people imagine.”

It is a decentralized system of many computers around the globe, that work in concert to produce a distributed ledger to keep a record of the blockchain marketplace transactions.

Those are verified through consensus — participants confirm changes with one another — and cryptography ensures the security of the information.

Blockchain helps to avoid the risks of relying on a single entity: potential breakdowns and hacking attacks.

While OpenBazaar is an example of a multi seller marketplace system that is built on the basis of blockchain, there are many ways to add the technology to a traditional online multi store shopping marketplace.

Blockchain-powered currencies — cryptocurrencies — are commonly used as blockchain-based alternative payment methods, which are transparent, provide instant payouts, are convenient for sellers, and help to avoid an additional fee for foreign payments.

Provenance is a multi-store marketplace center that enables companies to increase trust in their products and supply chains.

The online multi seller marketplace is using blockchain to help sellers share their product journey from production to purchasing with the consumers:

Blockchain is literally a chain of blocks.

Blocks contain the digital information about all the marketplace transactions which is represented by any new data entries: purchasing, payment, ordering. A single block can store a few thousand of them and consists of the following:

Book design is the art of incorporating the content, style, format, design, and sequence of the various components of a book into a coherent whole. In the words of Jan Tschichold, “methods and rules upon which it is impossible to improve, have been developed over centuries. To produce perfect books, these rules have to be brought back to life and applied.”

Frontmatter, or preliminaries, is the first section of a book and is usually the smallest section in terms of the number of pages. Each page is counted, but no folio or page number is expressed or printed, on either display pages or blank pages.

Blocks contain identical copies of the same blockchain and can’t be modified once they’re created.

The chain is a public database where the blocks are stored.

Every transaction is verified by a network of computers: the network participants validate them and their details are stored on a public ledger.

Other network participants host nodes that run the blockchain and validate transactions as well.

Once hashed, the block is added to the blockchain and becomes publicly available to view.

Usually, these networks consist of thousands of computers spread across the globe.

Smart contracts are digitally signed agreements that prevent any kind of fraud and eliminate the third-party payment processor fees. A smart contract is:

Smart contracts operate under a set of conditions that users agree to. When those conditions are met, the terms of a smart contract are automatically carried out.

Thus, they allow for automated transactions based on predetermined conditions or triggering events.

Besides the payment, the set of conditions in a smart contract can be anything.

However, smart contracts have breaches: since they are irreversible, refunds cannot be arranged without rewriting the code.

The decentralized nature of blockchain implies the following features on an multi seller marketplace system:

Thus, marketplace seller management and control is limited: you can’t set any rules or conditions, like pricing control for example.

OpenBazaar is letting sellers set their own conditions:

However, since the blockchain provides the ability to trace every transaction, it enables improved order fulfillment traceability: each step in the order fulfilling process adds a new block to the chain with the time when the action was performed.

In addition, in blockchain decentralization marketplace systems, there are no intermediaries between sellers and consumers.

Thus, if a dispute arises, a trusted third party is needed:

OpenBazaar recommendations on choosing a moderator:

Decentralized multi seller marketplaces offer direct payment by cryptocurrency (tokens), which can be exchanged for Bitcoin:

Such multi seller marketplace centers offer low fees or no fees, and sellers don’t pay for listings; only when a product is sold.

The highlighted differences are often the foundation of the best blockchain marketplace’s pros and cons.

Besides, a real-time clearing and settlement process enable transparency: anyone can view the content of the blockchain and get their own copy of it that is updated automatically whenever a new block is added, like in a Facebook News Feed.

Personal information about users is limited to their digital signature to enable privacy and confidentiality.

When a user makes public transactions, their unique code, called a public key, is recorded on the blockchain, not their personal information. This prevents hackers from obtaining it.

Viola.AI, a dating “marketplace”, is requesting the users’ personal data:

However, after the data validation process, it is encrypted and stored by using blockchain technology and distributed ledger, so the other users cannot access it.

Blockchain enables security and trust through the following measures:

Besides this, blockchain marketplaces work on a peer-to-peer basis, meaning that it’s hosted by its users (they are both sellers and consumers) and supported by their computing power. This enables distributed hosting and lower hosting costs.

Due to its decentralized nature, blockchain-based multi seller marketplaces are global by default, so it is easier to work at your target geos.

3.2 Difficulties with the Blockchain Marketplace Running

Despite the high level of security, decentralized marketplaces have their vulnerabilities, like double-spending: a hacker attack a platform in order to spend the online multi seller marketplace coins twice.

It is possible through a 51% attack: in order to achieve a majority on the blockchain computers’ network, a hacker would need to control at least 51% of them.

Such an attack is extremely difficult to execute for a blockchain of a big scale, but if users numbered in the dozens, it would be easier to do.

The throughput of some blockchains are quite low, that decreases the number of transactions that can be created during a certain time period and doesn’t allow to scale a online multi seller marketplace.

Another point is that the large portion of the user’s data is confidential, thus some sorts of promotion are impossible to use — like product recommendations, bundling and personalization algorithms as well as target future promotions.

There are the technical implementation problems as well, connected to the applications and wallets that are built on top of the blockchain ledger.

Refunds can potentially become one of the main issues of decentralized multi seller marketplaces due to the fact that the transactions written in a block are irreversible.

Also, PricewaterhouseCoopers survey highlights the lack of trust among users as one of the main barriers to blockchain adoption:

Thus they usually don’t set up rules, conditions or fees for consumers.

The most popular blockchain marketplace business model is a token fee: consumers pay by cryptocurrency and the multi seller marketplaces charge a fee for that.

In addition, there can be value-added services and advertisements.

OpenBazaar enables its users to trade without any fees:

The online multi store shopping marketplace is going to monetize by introducing value-added services to help their users better scale and manage their businesses.

All users have a personal key pair that can be used to sign transactions and to anonymize all their data, since OpenBazaar focuses on providing a completely anonymous marketplace and the product search that is unaltered by the online multi seller marketplace.

Also, the marketplace’s quality of service is assured by independent, third-party brokerage services.

ModulTrade is replacing this letter of credit with a smart contract version that can be applied to each transaction on the platform cutting time and costs for the multi seller ecommerce marketplace platform consumers.

The blockchain-based marketplace Lazooz business model is a decentralized alternative of Uber: distributed ride-sharing network, where the community collectively decides about the reward in zooz for each contribution via sophisticated protocols.

In this marketplace, the multi seller marketplace center produces a “Zooz” token used to compensate drivers.

Thus, blockchain-based multi seller marketplaces can thrive through both: a completely new business model or by adopting the traditional marketplace monetization approach.

While blockchain technology brings growing opportunities and new tools to the traditional online multi-store shopping marketplaces, the unique feature of the technology is the ability to create a pure-player: a decentralized multi seller marketplace that will become a self-governing ecosystem of sellers and consumers. 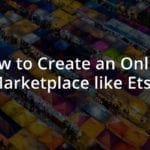 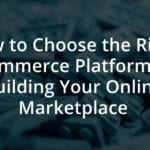 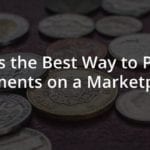 What is the Best Way to Process Payments on a Marketplace 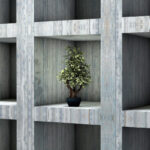